Published by duppydomTEAM on August 23, 2021

“Our lives begin to end the day we become silent about the things that matter” – Martin Luther King Jr.

The word “activism” can be traced far back to the 20th century. People worldwide became aware of the political, economic, and social injustice around their communities and began advocating against them. In the 21st century, other forms of activism have come into play; like anti-racism, feminism, sexism, and climate change, and many activists are now using social media platforms like Facebook to promote their cause.

But there is more to activism than just a reaction on social media. There is no denying that social media has enhanced the direction of activism. More people are aware of what is happening in their communities (and around the world) now more than ever before. This is due to activists advocating for social, environmental, and economic justice on different platforms. However, what you do,  when no one is watching, is much more important. You do not have to be directly affected by a situation before fighting or advocating for it.

Nicholas Winton, a British banker, devoted his spare time to helping Jewish children during the holocaust. He was able to save up to 669 Jewish children. He could have easily laid back and none nothing, because he was not directly involved and didn’t work for any humanitarian organization. Actual participation on social media and in real life is a great way to create awareness about a situation, rather than just liking a post about a cause. You can share your experience and let the whole world know what you stand for.

Activism is the practice of addressing an issue by challenging those in power. Activism is a diverse term, and some forms of activism can be very silent while others can be very loud. Everyone can be an activist; it depends on which issue you decide to pursue and call people out on.

In 1999, the World trade organization had its ministerial meeting in Seattle, and during that period, the organization was run by mostly white men. This meeting was protested by over 50 thousand people who came from different social and cultural backgrounds and advocated against global injustice. This is an example of loud activism done by a large group of people. An example of silent activism is an individual participating in a just cause.

Despite all the injustices in our communities today, many people still are not activists, so here are three important reasons you should be an activist.

Why is it important to be an activist?

Just being a member of the Humanity Tribe is an excellent reason to be an activist. The recent Black Lives matter campaign spiked as a result of the death of George Floyd. Most people who stood at the forefront of that campaign didn’t know him personally: it was due to compassion and the years of accumulated anger towards racial injustice and discrimination.

3.  To make the world a better place:

Currently, there is so much hate in the world, and activists from all corners of the world, need to come together to encourage all of us to be kind and compassionate toward each other. According to CNN, attacks on Asian Americans spiked by 164% in 2021. Worldwide, activists came together to lend their voice against this Asian American violence. And within the past months, a lot has been done to address the issue.

So, what is holding you back from being an activist? You too can be part of a cause that is bigger than yourself. You never know; there might be somebody waiting to hear what you have to say. 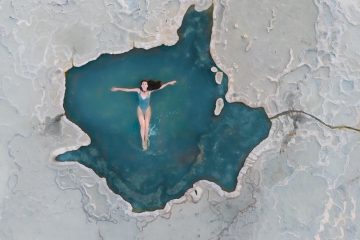 Setting Boundaries Is All About Self-Love And Self-Respect

“Love yourself enough to set boundaries. Your time and energy are precious. You get to choose how to use it. You teach people how to treat you by deciding what you will and won’t accept.” Read more… 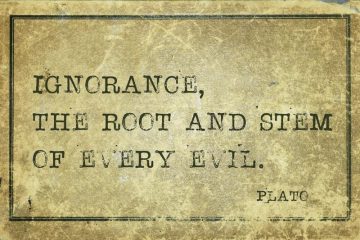 IGNORANCE, Not Money, Is The Root Of All Evil!

While growing up, there were probably a few proverbs you heard your parents use from time to time. Now that you are a grown up, most likely you still use them when you share your Read more… 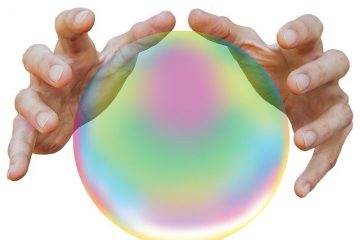 Yes! You are the Architect of Your Own Destiny!

When you share your experience with other people, you might often find yourself saying things like, “I always knew I was destined for this job,” or “it is destiny that led me to you.” But Read more…