How Men Can Help Advance the #MeToo Movement

If you have had an Internet connection during the last few years, then chances are you have heard something about the #MeToo Movement. This movement has taught us some valuable lessons in life. There has been so much coverage from major news outlets and social media platforms, about influential men in the movie industry who have taken advantage of their subordinates. Though this has led to people having different opinions; from those who got upset about the widespread prevalence of sexual violence in our society, to those who called it a witch hunt. The fact is, there are some really disturbing stories mostly from women who were victims, and we think it is time for men to rise up and help advance the #MeToo Movement.

What is the #MeToo Movement?

The #MeToo Movement is a movement which started in October 2017 by women who used the hashtag on social media in a bid to expose the prevalence of sexual harassment and assault in our society. It is, however, important to note that the “me too” phrase was used as early as 2006 by American civil rights activist Tarana Burke. And it was popularized later in 2017 on Twitter by American actress Alyssa Milano, in an attempt to motivate victims of sexual assault to come forth and tweet about it, thereby, highlighting the magnitude of the problem.

Today, it can be proudly said that the objective of highlighting the magnitude of sexual violence in our society via social media has been reached, because it has touched almost every pillar of society. There has been a lot of discussions and questions raised about gender inequality, victimhood and survivorship as well as responsibility and punishment. Many companies and workplaces have also revised their policies on sexual harassment to improve working conditions. Numerous important lessons in life have been learned from this movement, nevertheless, there is much more to learn.

How can men help advance the #MeToo Movement

Women have been shouting out loudly about sexual harassment for far too long. It has finally taken a movement in which thousands of women have shared their sad stories for some people to start listening, but more listening needs to be done! Men need to ask the right questions – such as, “can I kiss you?”, “am I making you feel unsafe?”, “is this okay?”, or “did my joke make you feel disrespected?”, and make sure to listen deeply to the answers. This is not just men trying to be polite, it is also about men respecting and honouring women as valued individuals.

In addition, if a woman feels comfortable enough to tell her story to a man, he needs to give her his presence and be empathic. A good number of men find it very difficult to listen without being defensive during such conversations with victims. Just listening and being supportive really goes a long way, in helping to advance the #MeToo Movement and stopping sexual violence.

Men can help advance the #MeToo Movement by speaking up rather than remaining indifferent to sexual harassment. The sad thing is that an important number of assaults happen openly, and people choose to ignore it. Moreover, the rape culture must not be normalized. Speaking up is one way to change this narrative.

Fathers should teach their children (particularly their sons) that sexual harassment and violence is immoral, unethical and illegal, and must not be tolerated. Society (particularly parents and schools) should teach the younger generation the importance of using their power to protect and support rather than to assault. Men in leadership positions should speak up against gender discrimination. Law makers should speak up by adopting policies that will promote gender equality. More men should speak up by investing in women’s education and related projects.

The #MeToo Movement has certainly created awareness of sexual violence in our society and has also taught us some valuable lessons in life. Men definitely have a say in this matter and can become champions of change by listening more and speaking up.

Wow, this is a timely article. The #MeToo Movement is something my girlfriends and I talk about all the time. A few weeks ago, we were at Club 57 and this guy came up to me and started dragging me onto the dance floor, without even asking. I kept saying “no”, but he didn’t care – my girlfriends basically had to pull him off me. I agree with the questions a guy should ask a girl, but another one should be “can I put my hands on you?”. I also read the article on rape culture – it seriously made me mad. Thank you guys for posting this blog article. It gives me a lot to think about.

Adaego-thank you 👍. I always look forward to your comments. I also agree with the question you added. We keep hearing and reading about these horrid stories of sexual harassment and sexual violence on some college campuses, due in part to the rape culture that exists on these campuses. As indicated in the article, one of the reasons why rape cultures perpetuate, is because many people look the other way when they witness associated behaviors. In particular, more men should become cognizant of their own behaviors, and start becoming less tolerant of the abhorrent behaviors of their friends or colleagues. 📣

Nice article. I have two questions. To date, the cases of sexual harassment and sexual assault have occurred in one or two high profile industries. Over time, is the #MeToo Movement going to simply fade away, like all high-profile news events? And are the consequences of engaging in sexual harassment and sexual assault going to trickle down to less high-profile industries? Before I got my current job, I had a lot of crappy jobs – waitress, clerk in a copy business, receptionist, hospitality clerk, etc. Even when I was 14-15 years old, a lot of my bosses would ask me out (who were sometimes 2-3 times my age), and while talking to me, some of them would put their hand on my hip or rub my lower back – one boss, while talking to me he would always hold my upper arm basically touching my breast. Whenever any of these things happened, I would just stand there and say nothing because I knew if I said anything I would get fired. Is the #MeToo Movement ever going to change these things from happening in these types of jobs? I am not being a pessimist, but I wonder about these things.

S. Jakes, thank you for taking the time to respond. I welcome your questions 👍.
Firstly, it saddens me to read about your past interactions with some of your bosses, particularly at such a young age. No, I do not think the #MeToo Movement is going to fall by the wayside. I know that humans tend to have short memories, but this is different. I think that worldwide, women are feeling a sense of “sisterhood” and are resolute in their thinking that men have been getting away with these repugnant behaviors for far too long. Additionally, young girls are getting educated in terms of what constitutes sexually harassment and sexual assault. I am going to assume that when your boss grabbed your upper arm, you probably did not know if it was illegal, you probably thought that he was just a “creep”. And if you saw the same thing happening to your fellow co-workers, you probably thought, “oh well, that’s just how Joe is”. Because of the #MeToo Movement, teenage girls will now know exactly what that was, and will feel embolden to seek justice. Women everywhere are starting to realize that “they have a voice” and they DO NOT DESERVE TO BE TREATED THAT WAY!! And because of this, the trickledown effect will definitely occur. I am not sure if you saw this, but it brings a smile to my face every time I see it: scrappy waitress 👮‍♀️

S. Jakes, I am a lot older than you and boy I could tell you some stories about when I was a teenager/young adult in the 70’s and 80’s. I tell you, the amount of aggressive sexual advances some of my bosses would make and the scare tactics they would use to keep me quiet. Back then, we had no idea what to do and we were just happy to have a job. I am so happy to see what is happening with this movement. 😁💗

First, being a male, I just want to say that not all men engage in these types of behaviors – it is only some men who do. The majority of men value women and treat them with respect. The #MeToo Movement has definitely changed things in our office. All employees (including women) must take comprehensive sexual harassment seminars each year, and the company’s anti-harassment and workplace violence policies has been completely revamped. And I completely agree with your suggestions on how men can help advance the #MeToo Movement – kudos.

hey duppydom team, I have always wondering if men engage in these behaviors because they were not raised with proper values, or if it is because of their high status in the company??

Great question Nadine. I think we must look at each case individually. I am sure there are some men who are raised in a home/culture where women are berated and treated like sexual objects, and these men simply extend their mindsets and behaviors to the workplace. And I am sure there are some men who are raised with appropriate values toward women, but sexually harass or engage in sexual violence at work solely because they have the opportunity. The organization’s culture also has a part to play in indoctrinating proper values and not normalizing sexual aggression. Moreover, organizational mechanisms must be in place (checks and balances) to allow for the removal (and legal prosecution) of even the most senior executives, who commit these crimes.
I should also mention that these offenses are not only committed by male superiors. There are numerous cases of female bosses sexually offending their male subordinates. We probably hear less about these cases because it is somewhat of a societal taboo for men to complain about being sexually harassed or raped by a woman. Finally, please note that these egregious offenses are not only perpetrated by bosses; friends, family members and co-workers of equal status can be just as guilty. The prevalence of sexual crimes emphasizes the fact that the #MeToo Movement is not just a workplace issue, it is a societal issue. 👮‍♂️ 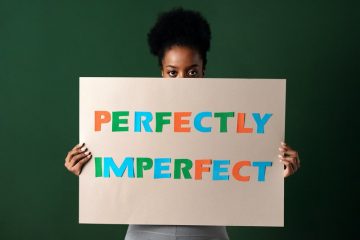 “Perfection” Is An Illusion

There are many ways in which people make their lives miserable. And if they were to face each other in a competition, the one in pole position would likely be in the pursuit of perfection. Read more… 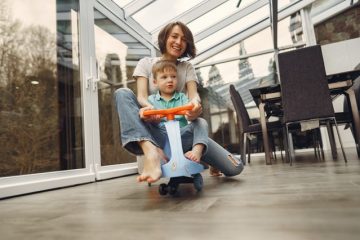 Why Adults Should Have a “Play” Mindset? 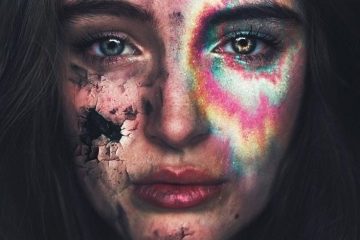 COVID-19: Surviving Your Quarantine While Trapped with an Abuser

The Coronavirus has been spreading across all regions of the globe like a wildfire; leaving a significant number of dead people behind, saturating health facilities, ravaging the economy and creating unique conditions to catalyze domestic Read more…