The Dangers of Using the Word “Stupid”

Published by duppydomTEAM on September 18, 2020

We have frequently heard this word during our lifetime. We have used this word to describe others, we have been on the receiving end of this word, and for most people, we have experienced both. The word STUPID is often used to describe someone who lacks intelligence, an action that is not well thought out, or a frustrating situation. For example: “That’s the stupidest thing I have heard”; “That stupid ATM just swallowed my card”; or “You must be really stupid to think that.” Below, the focus will be using this word to describe people and their actions.

Calling another person stupid is widely perceived as a condescending behaviour. This is because it shows you disapprove of what the person did or said or how they carried out a specific action. Sometimes it makes us feel better or superior. But have you ever thought about the dangers of calling someone stupid? Have you ever reflected on the fact that defining someone’s actions as stupid could have harmful effects on the person’s self-esteem? Or that it can be perceived by the recipient as, “I am not good enough”? Here are some of the ways people are affected when they are called stupid.

1. It affects the victim’s self-worth

If a person is labelled “stupid” over a prolonged period of time, at some point it starts eating at their self-worth. This is due simply because it has a negative impact on how they feel about themselves (particularly children). When this happens, they end up avoiding certain opportunities or goals they would otherwise be able to achieve. This happens because at some point, they start believing that they are not smart enough or good enough. Words have power, and when we use them, it can either build or destroy.

2. It can impact the victim’s identity

Yes, you read it right! Calling someone stupid enough times can have a devastating impact on their identity, especially when this hurtful label is assigned by a parent to a child. The sad reality is that a lot of parents still undermine the powerful effects their words have on their children. When someone is called stupid repeatedly, especially in front of other people, people tend to associate that name with the individual. What’s worse is that it can erode the victim’s self-esteem and that label will eventually become part of who they are. For instance, if someone is called stupid because of their beliefs or values, they might start to question them, and even end up compromising them. This ends up having an impact on the victim’s identity because it is made up of these same beliefs and values.

3. It can break down communication

How would you feel if the person you look up to and want to share your experience with calls you stupid? Chances are you will feel bad and that might push you to withdraw. This is how this sort of name-calling can break down communication between loved ones. No one likes to be called stupid, especially when that label is from a loved one. When that happens on a regular basis, the victim eventually stops trusting the offender and s/he becomes more careful not to say or do anything that could lead to that label. This means that he or she stops being themselves around the offender; and it ends up impeding communication between them and in some cases, destroying the relationship altogether.

4. It can be remembered for years

It is very difficult to forget how people made us feel, be it good or bad. Most of us can still remember how those bullies at school made us feel more than a decade(s) ago. This is because our brains store such assaults for evolutionary purposes – as a way to withstand similar threats in the future. Calling someone stupid, especially in public, stirs bad feelings like embarrassment and self-deprecation. Bet you wouldn’t want to be remembered by someone as a threat to their survival?

Now that we know some of the negative effects of using the word stupid. Just imagine how beneficial it would be for other people’s mental health, if we consciously chose to use the opposite word. Share your experience with others in a positive way.

I don’t think people who use the word stupid know of its devastating effects. Its effects are even worse when it is used with children. On one occasion, I was at a pizza kitchen waiting for my pizza and two guys started fighting. One guy was on top of the other guy and kept hitting him in the face while screaming, “don’t call me stupid.” I don’t think anyone likes being called stupid.

Amara, thank you very much for your comments. I agree with your logic. Intelligence is a trait that is coveted by all humans, and no one likes to be portrayed as not possessing it. And it is particularly offensive and detrimental when the word is used toward innocent children. It is a stigma that children cannot easily overcome ☹

duppydomTEAM – As a teaching, stupid is one word that we do not use. And if we did, we would probably be fired on the spot. I listened to the Emotional and Verbal Child Abuse video and it was heartbreaking to hear the children describe their hurt in their own words. At a point in the video, it said “many believe that verbal/emotional abuse is just another form of parenting” – you have got to be joking, who would believe that abusing your child is parenting? It makes me wonder how safe children are at home during the pandemic.This is such a good topic right now. Thank you, duppydomTEAM 👏

S. Jakes – thank you. The Drapeau (2016) video was definitely heartfelt. Parents “do what they know”, and this is one of the reasons children are often called “stupid”. Parents perpetuate the name calling (and shame children feel) because this is how they were treated by their parents. Regarding your last question; many children are not safe at home during the pandemic – and it’s not just name calling. When many people think of domestic violence, they think of violence against women. However, “the term domestic violence is used when there is a close relationship between the offender and the victim.” According to UN WOMEN (2020), 90 countries are in lockdown, which equates to 4 billion people in quarantine. Here are just some of the countries reporting up to a 40% increase in calls to domestic violence helplines and shelters; Argentina, Canada, France, Germany, Spain, the United Kingdom, the United States, Singapore, Cyprus and Australia 😱

duppydom – When I was about 5 years old, I forget what I did exactly, but my dad got angry and called me stupid. My mom tore him a new one and I could hear them arguing in their bedroom for about an hour. Since then, he has never used that word around me. If anything, both my parents think I am a genius and expect too much from me – the topic of many of our arguments. You are right in saying the word “stupid” can have a devastating impact on a child’s self-esteem. I am also sure it doesn’t do any wonders for adults either.

duppydomTEAM – first, I watched the video that showed all those demeaning words written on the children’s faces. That was so graphic and made me want to cry. I was bullied in school and I can tell you firsthand that name-calling does make you shy and not want to talk to anyone, and you never forget how it made you feel – the article was bang on. Words like stupid, dumb, dumbass, useless, retard, freak, idiot, failure and worthless should never be said to anyone.

Adaego, we appreciate your comments. As you have indicated, besides “stupid”, there are other demeaning words that children should never be called. You raised a good point – only people who were bullied as children, truly know how these words can impact self-esteem, self-identity and sociability 😶

Hello, duppydom – if I’m being honest, I hear this word and a lot worse all the time. We are in a “shame culture” these days, and people go out of their way to insult other people. I am not sure when or why this started, but I know that this is just how it is. This is probably one of the reasons my husband and I don’t like traveling to certain parts of the U.S. As soon as they hear our accent, we can hear the insults. It’s usually under their breath of course, but we can still hear it. I would never insult someone, and I could never call someone “stupid”. This is a good article.

Amie – your comments are greatly appreciated. I agree, we are in the midst of a shame culture. And this is probably why some people are quick to use the word “stupid”, or any other demeaning word. They know how it affects people and they are intentionally using it. Glad to know that you liked the article 😁

Not everyone judges foreigners 🌈

The worst part of the word stupid is the assumptions people make about people when they use it. People have no problem calling the homeless stupid or single women who find themselves in difficult circumstances. Why would you call a battered woman in a shelter stupid or dumb? Sometimes it seems that people have no grace or compassion towards those who need help. When someone is down on their luck, we should offer help, not degrade them and make them feel worse. God bless you, duppydom.

Thank you, Lisa. Unfortunately, when adults use the word “stupid” they are typically making an assumption about someone – often someone they know nothing about. Assuming that someone is less than intelligent because they presently find themself in a precarious situation, is part of the current shame culture. Thank you for putting things into perspective 💖

I have a young son and part of my job is to protect him from being influenced by these types of words (at least when he’s in my custody). The article mentions how words like stupid can affect the receiver’s self-worth and identity, and this is exactly what I am afraid of. My ex-wife and I only show positivity around him, but some people don’t think twice about swearing and using these types of words around children – there have been occasions when I have told a stranger not to use some derogatory word around my son. I can’t protect him against everything, but I can decide who he interreacts with, at least when he is still young.

Bruce, thank you for sharing your comments. You raised some noteworthy points. There are certain people and situations we should protect children from, particularly when they are very young. However, we cannot protect children from everything, and we probably should not – they must also see and hear some of the realities of life 😧

Yes! You are the Architect of Your Own Destiny!

When you share your experience with other people, you might often find yourself saying things like, “I always knew I was destined for this job,” or “it is destiny that led me to you.” But Read more…

What are the Best Ways to Leave Your Comfort Zone?

If you are reading this, chances are you don’t feel that thrill anymore. You are embedded in a predictable cycle of routines. You are often afraid to share your experience with strangers. There is no Read more… 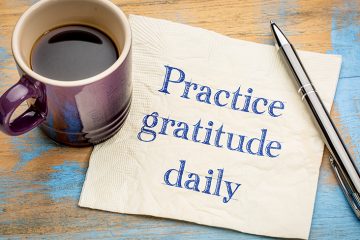 “Life moves pretty fast. If you don’t stop and look around once in a while, you could miss it.” – Ferris Bueller Life seems to go really fast these days. So fast that one might Read more…