Published by duppydomTEAM on August 3, 2021

Remember a time when you were telling stories or having a discussion with friends. And everything was going smoothly until you said something a tad controversial, at least according to them. The conversation immediately went south as each party became so focused on proving their point was right.

Chances are that the conversation resembled something like this:

“How can’t you see that I’m right? What you are saying makes no sense.” And the other party replied by saying, “Most people seem to agree with my point of view, this means I must be right!” And this would go on and on, until one party conceded (not necessarily admitting their wrongness).

Bet most of us can relate to this. It is in our nature to feel the need to be right at least most of the time. We want people to see things the same way we do. That might sound like a worthy cause in our mind, but it is not quite practical. Why?

Because we are more subjective and irrational than we might ever want to admit. We are, far too often, unable to see the bigger picture or the other point of view when telling stories. The majority of what we come to know and believe is the cumulative result of the innate inaccuracies and biases in our brains – one of which is the Confirmation Bias:

Confirmation bias is the tendency to look for and interpret information that confirms our preexisting believes or values while at the same time ignoring anything contrary. In other words, it is how we unconsciously cherry-pick facts that confirm our prior beliefs.

Why Do We Have Confirmation Bias?

In an evolutionary sense, for the most part of human history, the main decisions we needed to make were based on our survival. The Confirmation Bias was the shortcut our minds took to make snappy decisions.

Nowadays, we are constantly bombarded with new information that will require a lot of time and mental energy to process rationally. The Confirmation Bias is still an efficient way for our minds to function (although inaccurate in some cases).

How it Affects Your Personal Life

In a general sense, it will make you an unpleasant person to be around especially in controversial conversations. You are likely to be overconfident in your beliefs because you only see the picture you want to see.

This bias can also affect your romantic relationships. For instance, when you believe your partner is trustworthy, you are likely to focus only on information that confirms that or interpret information and cues in a way that supports that belief. You likely believed they were talking to their mom or boss whenever they had those lengthy private discussions over the phone.

But when you believe they are cheating (proven or not), you start looking for new information that aligns with the new belief. Or you start interpreting the same previous cues in a way that confirms the new belief (i.e., obviously they were talking to their lover over the phone).

How it Affects Your Professional Life

Suppose you came up with a new business model you want your boss to approve. And you are asked to carry out a survey to determine how successful it is. The Confirmation Bias might affect the data you collect and how you interpret it. For instance, you might unconsciously ask questions that will lead to the answer you want.

Or perhaps you need to hire a new employee. If you believe that people from a particular school or having a particular background are the most efficient workers, then you are likely to pay more attention to that set of resumes.

Why You Should be Aware of the Confirmation Bias

1. You become less focused on how right you are, and you begin to look for how wrong you could be. This allows growth.
2. You stop holding onto false unproven beliefs and steer towards data-backed information.
3. You become a more pleasant person to be around.
4. You consciously learn to see the bigger picture when others are telling stories.
5. In a nutshell, you learn that you can’t always be right.

Although you cannot completely eliminate the Confirmation Bias; being aware of it can tamp it down, and help you make more informed decisions. 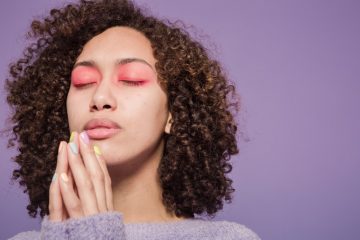 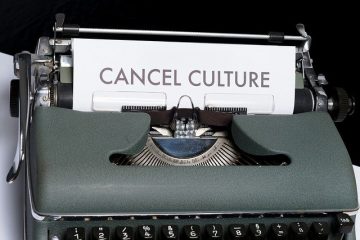 It’s Difficult To Hate Up-Close. Instead, Give A Hug!

Today’s world is increasingly defined by news media and social media storytelling stories with a lot of hatred. Perusing these media will quickly reveal a lot of people hating each other on the basis of Read more…